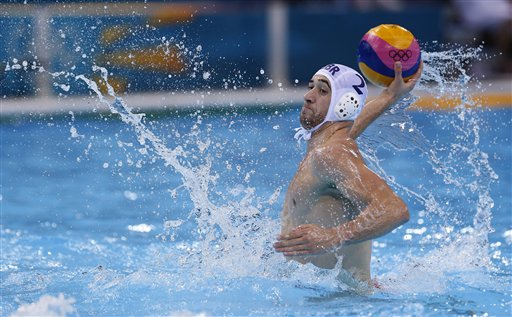 Ciaran James (born 1991) is a British water polo player whose UK team is Lancaster City Swimming and Water Polo Club. At the London 2012 Olympics, he competed for the Great Britain men’s water polo team and was the youngest member of the team.

Ciaran was seen by many in British water polo as one of the top players for Great Britain in the 2012 Olympics and despite being the youngest player Ciaran played 85 minutes during the games and converted five of his 22 shots taken which made him Great Britain’s third highest goal scorer.

Ciaran joined the club at a young age and as many started off as a swimmer until he moved onto Water Polo and was coached by Ron Winn. His fast swimming helped him in his game and soon become a good water polo player who showed potential and was very keen.

In 2009 Ciaran made his first appearance for the Lancaster seniors in the British Championships where Lancaster finished champions. Ciaran also played in the 2010 championships were he won himself another gold medal!

In 2007 Ciaran went to Grantham College and Water Polo Academy where he studied a BTEC in Sports Performance and Excellence. He was there for two years and left in 2009. Here he got to train every day and trained with a lot of the players from the junior Great Britain Team

He made his first senior appearance for Great Britain seniors in 2009 in Slovenia. Formerly the captain of the junior side, Ciaran was named most valuable player at an international tournament in in Olhao, Portugal. Before the London 2012 Olympics, Ciaran counted scoring a goal against the Romanian national team in 2009 as one of the highlights of his international career.

In 2011/12 Ciaran played abroad for a season with German club SV Cannstatt. After the Olympics Ciaran got several offers to play water polo abroad and took up the offer for CN Catalunya in Spain, where he made his mark as a successful member of the team.

Register for this site!